Have you ever been on a date with someone, and it’s going great, until they mention something about themselves that is a total game changer for you, and it changes your entire opinion of them? Well, that’s going to happen slightly less often now, because people are using LinkedIn to find dates!

That means that people are either finding dates in real life or via a sex dating app, and then doing a background check on LinkedIn, or even just looking for dates directly on LinkedIn. Sounds kinda crazy, but it makes sense; LinkedIn is just another source to get a little bio information about someone and see if they’re right for you- no harm in that.

Now, you do have to approach it a bit differently since it isn’t a dating site, but rather one meant for professional connections; asking someone out the first time you have any kind of correspondence with them might not be the best approach. If you really want to date this person, see if they’re online anywhere else (Twitter, Facebook, etc.) and approach them via that site or app.

When you think about it for a moment, there are more than a couple solid reasons to use LinkedIn to find or vet a date; in fact, here is a list of seven reasons why you need to use LinkedIn for dating.

When you visit someone’s dating profile, you never know what’s real or factual and what’s not; they’re there to get a date, and people will embellish at length in order to get what they want. Things are a little different when it comes to their career, though; while people may lie on their LinkedIn profile, it’s not done nearly as frequently as it is done on casual dating sites and apps.

When you apply for a job and have a series of interviews, the company interviewing you will go through some steps to verify what you’ve told them, while someone you’ve arranged a date with later this week might not do any kind of background check. A company can easily catch you in a lie, and you’re no longer in contention for the job; thus, there’s an incentive not to lie, although people have surely lied extensively on their LinkedIn profiles and still gotten plenty of jobs.

In general though, you can trust what you see on somebody’s LinkedIn, as they’re there to get hired and want to show off their best qualities; if you feel like someone may sound too good to be true, trust your instincts and just keep searching.

Find someone on LinkedIn you’d love to go out with? To make sure they’re not some catfish or robot, you should do some quick vetting, which consists of just searching through their profile and checking out their connections- if they have very few, ditch them and move on. When you encounter someone on a adult dating site, it’s hard to do background checks; it’s not like they’ve got their own Wikipedia page and tons of content written about them. With LinkedIn, you get a good overview of their career and education, which can say a lot about them; you might not find honest details like that on someone’s dating profile.

Check out their endorsements as well- what do other people think of them and their capabilities?

Just think about it for a second, people on LinkedIn are about advancing their careers and getting ahead; there aren’t many slackers on LinkedIn (although those accounts are easily distinguishable from those accounts you should pay attention to). LinkedIn is full of professional, ambitious people with goals just like you, people who want to be successful at whatever they do; if that doesn’t sound like a great casual sex pool, then I don’t know what is.

Of course there will be a good amount accounts you see that are well below par, just like every dating site. Although LinkedIn isn’t a dating site, there’s a ton of great accounts with potential suitors, so if a couple people aren’t up to your standards, you’ve got plenty more to choose from, rather than having to jump ship and try another resource altogether.

Frankly, the more you do business and the more you network, the higher your chances are of meeting someone to date. If you can’t find a suitable partner on LinkedIn, (as foreign as that may sound) where can you?

After an unsuccessful date with someone, they’re basically out of your life forever, which sometimes can be a drag if you felt like you could’ve been friends despite what may or may not have happened between you.

The same thing may apply to LinkedIn: you happen to find someone you might like, but go on a date and there was no chemistry. No harm in that- why not use each other as connections and references in the future?

We’re (semi) reasonable people, aren’t we? Just because two people aren’t meant for each other doesn't mean they shouldn’t be respectful of each other and help each other out if need be.

This is LinkedIn, not Club Penguin; people are on LinkedIn because they’re serious about furthering their careers and advancing themselves in any way they can. They’re also totally capable of commitment (that’s for you ladies out there); see that one guy? Yeah, he’s had three great jobs and each one has lasted longer than 5 years - sounds like this gentleman knows how to commit.

Checking out someone’s work history can give you an idea for who they are as a partner, whether it is in business or in love- if they’ve had tons of jobs in the past few years, they may be qualified for the job (i.e., a great partner), but they’re not into long-term commitment (relationships with them never last). No one lists their past relationships on dating sites, so you never know how long they’ve been able to last in a meaningful relationship.

They could be the source of your success

Let’s say you’ve found someone on LinkedIn who you’d like to date, and you manage to set up a meeting without sounding overly creepy. This person has knowledge on a professional level that you can learn from and apply to your own career; whether you end up together or not, this person can share with you their business experiences and all they’ve learned.

If you’re not compatible on a personal level, maybe you’d be great together in a professional setting, where you can combine resources and create something that advances your careers. Honestly, it’s a win-win if you use LinkedIn for dating; if you are great together, great- if you’re not meant for each other, maybe you can do business together.

7 Reasons Casual Sex Actually Sucks
Casual sex is fun; just make sure you never forget these 5 things when you casually hop into bed. 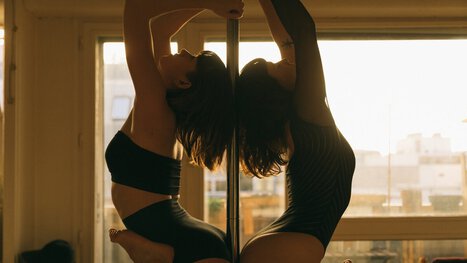 Craigslist Hookup? Try This Instead
There’s one site that’s been around for over a decade, and knows how to get you your wildest fantasies. What am I talking about? A little gem called FetLife.
Angie [1 mile away] wants to bang