If you are 30 or younger, you probably have had at least one casual dating experience, even if it was simply a friend with benefits (fwb). If you’re 25 or younger, you’ve probably had at least five. So what is it, exactly? It’s a relationship (we use the word relationship loosely) that involves sex and other dynamics of regular dating, but doesn’t involve commitment or dynamics that formal relationships have. Crystal clear, right? Wrong. Regardless, it’s the most common form of relationships amongst us millennials. Why it started, who wanted it to start, and why it should continue is known to none. All we know is that it exists, and we’re not sure if we hate it or love it. I mean, the term itself is kind of an oxymoron. When you think of dating someone casually, it sounds simple, mess free, and light, right? Well, unfortunately, it gets a lot more complicated than that. These are the most frustrating things about casual dating that we all know, we all hate, and we all want not to exist.


Figuring out the texting do’s and don’ts.

Your friends will tell you not to text them first. Your sister will tell you not to text them at all unless you want to have sex. Your sorority sisters will tell you to text him obviously, because you guys totally have a thing, and it’s not weird. And you’re just sitting there like so do I just flush my phone down the toilet now or later? So you decide to text them. Then you wait five minutes - then 20 minutes...then an hour, waiting on their response. You start feeling like a clingy freak and decide you’ll just never speak to them again to regain power. Then two hours later, they reply saying, “Sorry, I was in class! What are you up to tonight?” Then you’re like, wow we are totally dating I wonder when we’ll make it Facebook official. My point of this long tangent is that texting between casual daters is messed up! It messes with your head and makes things so complicated, and that is beyond frustrating.

By “freaky things,” I don’t mean fun and crazy things in bed. I mean acting like a weirdo. AKA, calling the person you’re casually seeing 42 times in one hour. Or puking in their bed. Or worse, PEEING their bed. Or telling them you’re in love with them. Catch my drift? All of these things could happen while you’re wasted, and coming back from these sorts of tragic events is almost impossible. Being sloppy and weird while drunk isn’t so bad when you’re in a serious relationship with someone, but when you’re casually dating someone, it’s a death wish. And what are you supposed to do, stop drinking? Ha! As if.

The lingering fear of STDs.

Obviously one of the best things about casual dating is the sex. Without it, it would be pretty pointless. But if you go over late on a weeknight to “Netflix and chill”, do you assume that you’re going to spend the night? It would be presumptuous to assume that your are. But then you go and don’t bring an overnight bag and end up getting an infection from sleeping in your contacts. Oh, and if you do spend the night, you’re guaranteed to get the worst sleep of your entire life. You wake up on the hour, every hour, freaking out that you might be drooling or snoring. And then there’s the whole cuddling thing. Cuddling seems like something that should be reserved for serious, real couples, right? It’s intimate. Then you’re like, well we casually fuck, and that’s as intimate as it gets, so why is cuddling such a big deal? Cue frustrated gestures.

Consciously reminding yourself not to talk about the future, or anything too personal.

You don’t want to talk about your parents, your dream job, or your biggest fears with someone you’re casually dating. They don’t care. All of that “get to know you” stuff is for real relationships, and remember, this isn’t a real relationship. You have a very surface level connection. You’re not going to spend the whole night talking about that one camping trip that changed your life, or the time you lost your virginity. Also, it’s not like you’re going to mention a Fourth Of July barbecue when it’s February. You always have to remember “Oh, right, this is temporary.”

You don’t ever feel totally relaxed around them.

You always have your makeup on around them; you’re constantly conscious about the way you’re sitting, the way your hairs falling. You think twice before you say something. Does this sound fun? No! But it’s the frustrating truth. You’re not entirely sure what your situation together is, so that means you’re not entirely comfortable-ever.

Not knowing what to call them or your situation.

When someone asks you if you’re seeing someone, what do you say? If you say yes, you could be making your simple situation way more serious. If you say no, are you technically lying? Or what if you’re out at a bar together, and you kiss. Your friends are like oh my god Kate is this the new guy you’re seeing?! And the guy is like Woah since when is our situation considered “seeing” each other? Palm, face.

The inevitability of overthinking everything.

It doesn’t take a genius to figure out the theme going on in this list. The most frustrating thing about casual dating is the fact that there is so much potential to overthink every single thing. Casual dating will forever be a grey area, and because of this, overthinking will forever exist as long as the dating does. 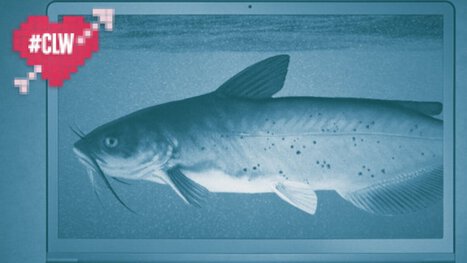 Here's How to Not Get Catfished when Dating
Getting catfished on a dating app or website is no fun. See the 5 tactics to ensure you that you'll never get catfished

7 US Cities Have the Most Sex [New Data]
Think your city has the sexiest men and women ever? See if your city made the cut here. [2016 Official List]
Angie [1 mile away] wants to bang